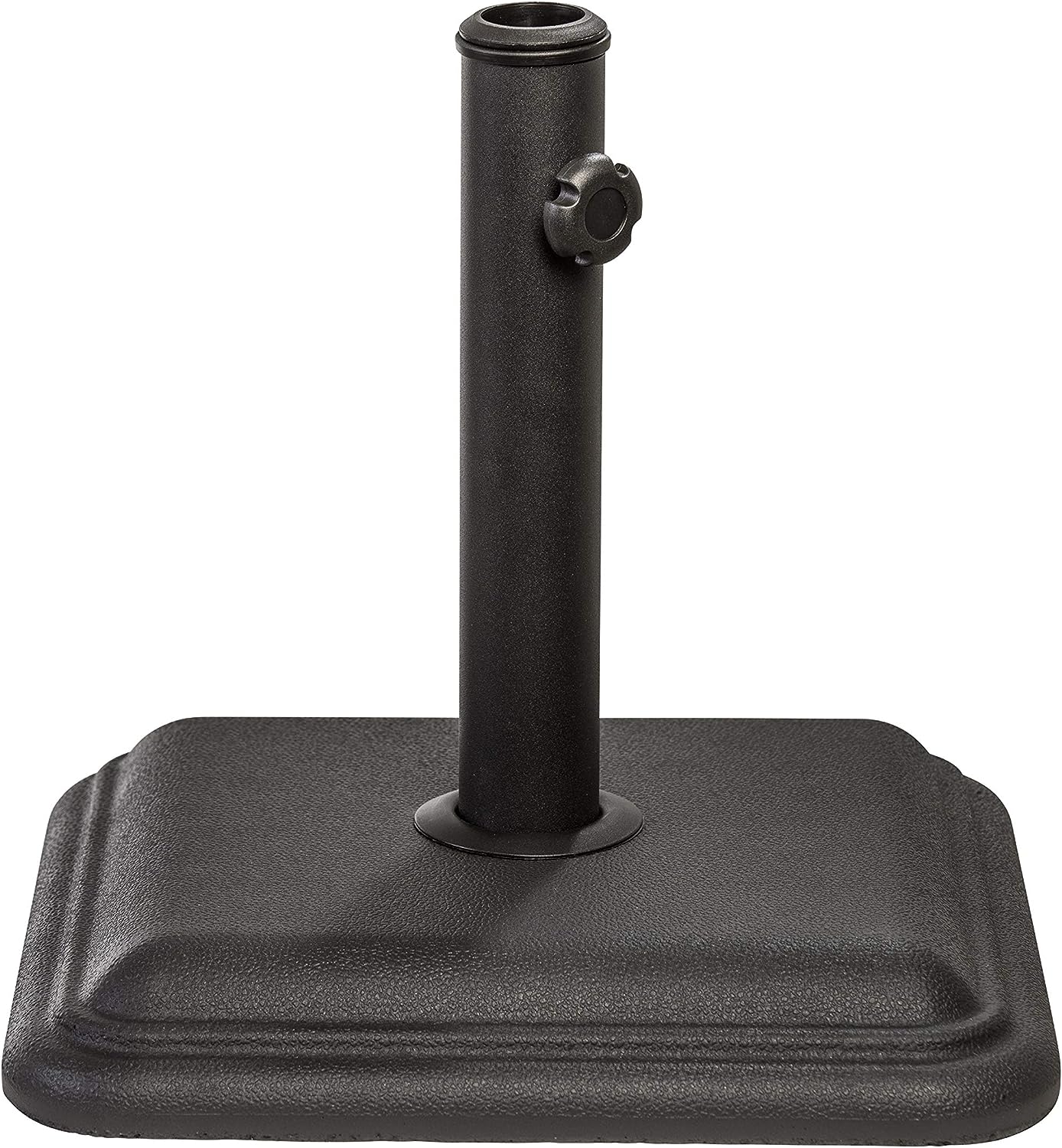 Secure your patio umbrella with ease using the US Weight 26 lb. umbrella base. The 13.7â L x 13.7â W x 2.4â H diameter base features a 10.5â stem with adjustable collars. These collars accommodate a variety of umbrella pole sizes ranging from 1.3â to 1.8â. Additionally, the stem includes a support knob to tighten and secure the post in place. This base also includes 4 PVC feet on the bottom of the base. This 26 lb. umbrella base is intended only to be used with patio tables.