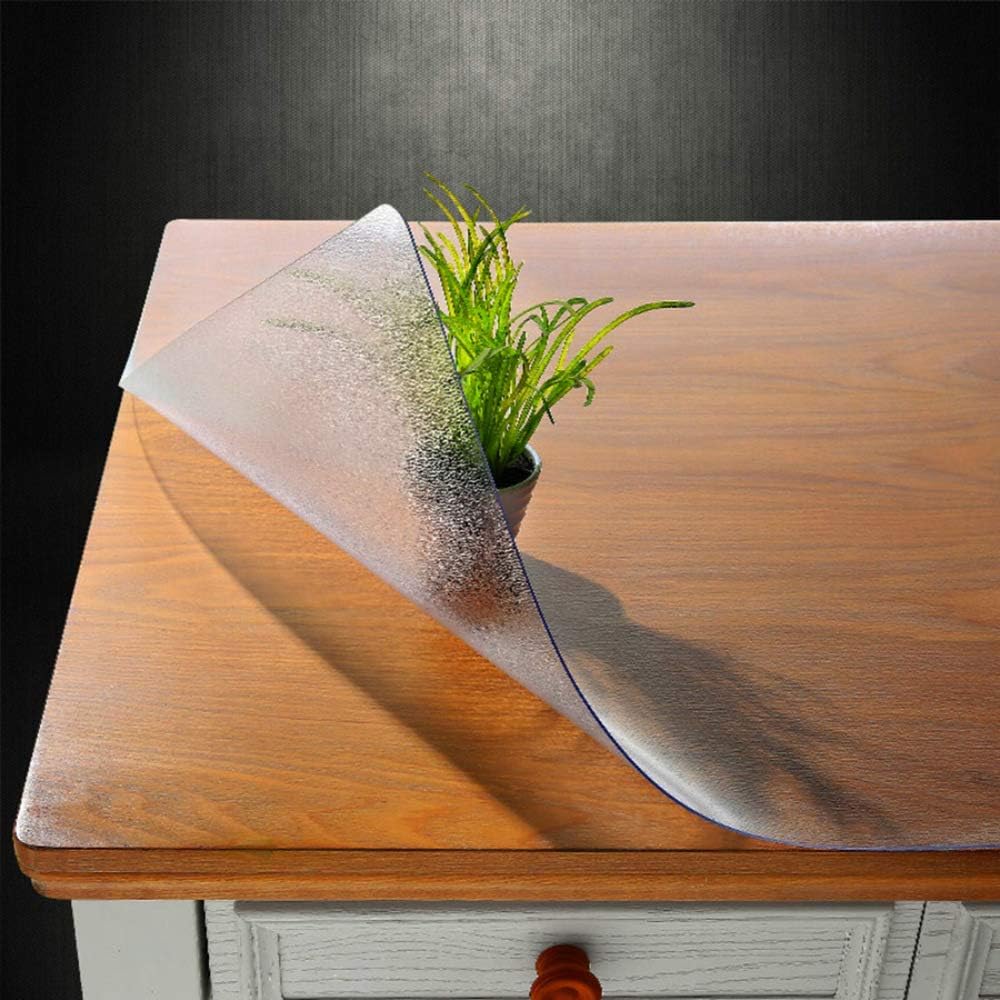 WILL THE TABLE COVER PROTECTOR HAVE A STRONG PLASTIC SMELL?

No, the NECAUX table protector is made of new Low-Flavor Formula material, which just has a slight smell. When you get this item, you can take a plate of warm water, add laundry detergent or detergent, soak the table protector for 5 minutes, then wash it and let it dry outdoors for a day or two. After that the smell will basically disappear and you can use it normally.

CAN THE TABLE COVER PROTECTOR BE INSULATED OR HEAT-RESISTANT?

Yes, maximum heat resistant up to 176Â°F/80Â°C, it is safe to put containers below this temperature on it. If it is higher, we recommend adding a silicone protective pad, otherwise there is a great risk of damaging the desktop.

DOES THE PLASTIC LEAVE MARKS OR RUINS THE FINISH OF WOODEN TABLES?

The new CLEAR pad is a bit sticky, if your wooden table is also new or just repainted, for security, please cover the CLEAR pad on top of a tablecloth or choose FROSTED one by instead, because the paint on the new table may not be completely dry, it will stick to the pad. Glass, metal, marble table top will not affect.

HOW TO CHOOSE THE RIGHT SIZE MODEL?

Use a Measuring Tape to accurately measure the width and length of your tabletop, then find the corresponding size model from our Listings. (âWidth X Lengthâ Inches)

If we do not have the right size or are just out of stock, you can also choose a larger size to DIY. Itâs easy to cut, you can mark the exact measurement with a pencil and use a sharp scissors or knife to cut.

If there is no suitable size and shape, we can also provide you with customized services.

Notice: The customized products will be relatively expensive.

WHICH STYLE IS BEST FOR YOUR TABLE?