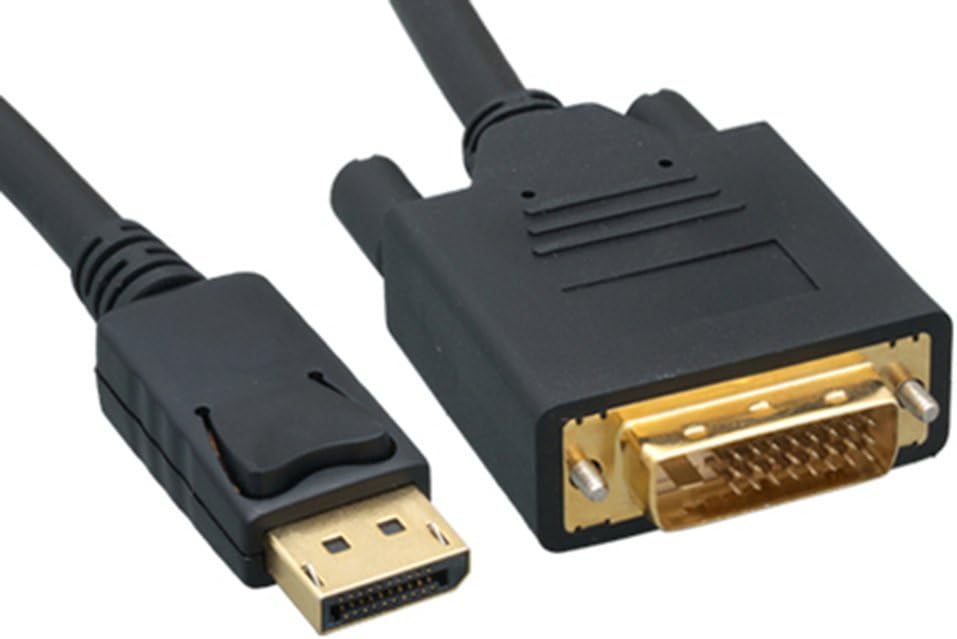 Delivers digital audio and video from a computer's DisplayPort output to a DVI input port of a monitor, TV, or projector.

Cablelera's Displayport to DVI cable delivers high definition video from a computer's Displayport output to a DVI input port of a monitor, TV, or projector. The cable is designed with gold-plated and latching DisplayPort connector to provide superior cable performance and secure connection for up to 1080P@60Hz resolutions.

Note: This cable is NOT bi-directional. It can only transmit signal from DisplayPort source to DVI display.

This is a PASSIVE cable that requires a DP++ port (DisplayPort++).