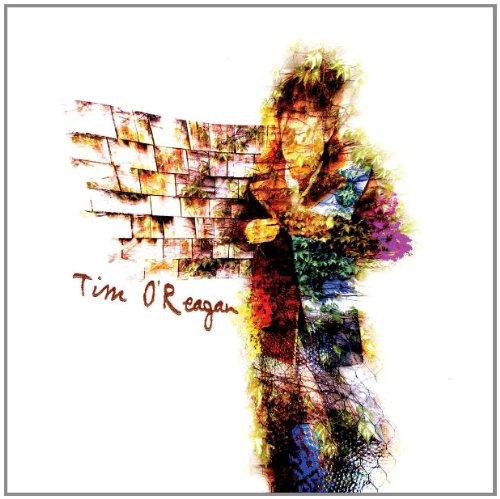 Give the drummer some'-James Brown. You might already know Tim O'Reagan through his work with the Jayhawks, for whom he played drums as well as wrote such songs as 'Tampa to Tulsa' that were strong enough to find a place among those of bandleader Gary Louris. Those days are over for O'Reagan, whose self titled debut is not what you might expect from a drummer who's stepping out on his own. His style is conversational, understated, and richly emotional. With his melodic blend of Americana folk-rock and British pop from a bygone era, it's not hard to discern the Dylan and Lennon influences, but in the end his voice is like none other: vintage, aggressive at times, a little sly and ironic, haunting, and ultimately unforgettable.

This shimmering sleeper of a solo debut should surprise even diehard fans of the Jayhawks, the band in which Tim O'Reagan played a comparatively low-profile role as the drummer. Here, his homespun pop with psychedelic glimmers features lush harmonies, buoyant melodies, offbeat arrangements (including his dad as guest whistler on the opening "These Days"), and multi-instrumental overdubbing by O'Reagan (supported by Jayhawks alums and kindred spirits). The results suggest an unlikely blend of a rootsier Left Banke, a cheerier Elliott Smith, and a heartland George Harrison. The yearning "River Bends," with its steel guitar, would have been a highlight on any Jayhawks album. --Don McLeese

...result is a bright and bulging solo debut that might surprise fans who appreciated his contributions to the Jayhawks. -- Minneapolis Star Tribune

The album is clearly, if modestly, his own. -- New York Times - Critics Choice

The memorable melodies and yearning vocals are both uplifting and bittersweet. -- Mojo Magazine - July 2006 - 4 STARS!!

James Brown famously said, "Give the drummer some."

And Tim OÂReagan proves how wise that advice can be.

Fans already know OÂReagan through his work with The Jayhawks, for whom he played drums and also wrote songs that were strong enough to find a place among those of bandleader Gary Louris. But though his distinctive vocals earned him a place in their vocal tapestry, he stayed in the background, as drummers must do, a few yards from the action that transpired at the front of the stage.

Well, those days are over for OÂReagan, whose self-titled debut is not what you might expect from a drummer whoÂs stepping out on his own.

It is, for example, extraordinarily musical, beginning with the first track. "These Things" sets an immediate mood, with an accordion Â not a zydeco blast but a French musette that might have been sampled in some Left Bank cafÃ©. "IÂm looking still Â" If you werenÂt paying attention enough to notice the dark cast of the rest of the words, youÂd think this was a loverÂs wistful reverie.

Some of that has to do with OÂReaganÂs singing. His style is conversational, understated, and richly emotional. ItÂs not hard to discern his influences, but in the end his voice is like none other. It is, in fact, a classic rock vehicle, harking back to Dylan, Lennon, even soul music of sixties vintage: melodic, aggressive when it needs to be, maybe a little sly and ironic, often haunting, ultimately unforgettable.

And, before we forget, he plays most of the instruments. A few guests, mainly friends in Minneapolis, do sit in (Jayhawks Gary Louris and Marc Perlman for instance) and do contribute to the mix. But most of the guitar, the bass, the keys, and of course the drums are pure OÂReagan.

Not bad for a guy who used to hear music in terms of locking the kick drum to the bass line. But judging from Tim OÂReagan, something deeper was stirring even as he was breaking into music on the Ramp;B circuit in Kansas City. Eventually he and his friend Todd Newman put a band together called the Leatherwoods and headed toward the Twin Cities.

They cut one album, Topeka Oratorio, co-produced by Paul Westerberg. OÂReagan quickly found a foothold in the lively scene that centered on Minneapolis. After four years of playing with the Leatherwoods and others in Minneapolis Joe Henry recruited him for shows and sessions. "Playing and writing with Todd and then just being a part of the Minneapolis music community put me on the track of writing my own songs.

Then in 1996 OÂReagan joined The Jayhawks. For more than ten years the Minneapolis-based band had built its success on a foundation of brilliantly crafted original material. Their standards, in other words, were high, which made it especially impressive that they would include "Bottomless Cup" on OÂReaganÂs first CD with the band, Sound of Lies. He started singing around that same time too, all of which got him thinking about doing a project of original music, on his own. "I got a rehearsal space lined up," he remembers. "I got a little more time in my schedule. I got married to a great woman with great health insurance Â and thatÂs what allowed me to finally get to work on this."

OÂReagan moved ahead at a comfortable pace. First he brought in John Woodland, a respected guitar tech in Minneapolis, to join him as co-producer. Then there were the players, who included Jayhawks alumni Louris, Perlman, Mark Olson and Karen Grotberg, former Son Volt bass player Jim Boquist, and bassist James "Hutch" Hutchinson from Bonnie RaittÂs band. Sessions were pretty loose: OÂReagan would usually show up at each musicianÂs house with his gear, set it up, and record wherever everybody felt most at ease.

OÂReagan Â a romantic, a philosopher, a wry observer of lifeÂs oddities, an artist who is here to stay, and sure, a drummer too Â gets his due on Tim OÂReagan, on his own terms.

Remember, all the original content on this blog is copyrighted. Don’t steal our photos or words! Please do not reproduce anything for publication without our consent — but DO feel free to link to anything here if you give clear credit, and we’d love to know that you did that. Printing things out for your discussion group is always fine!

Others have been enjoying:

What are you looking for?

"A wise lady once said, 'If you haven't good judgment you'll never make a good cook or anything else.'"
- Mary Mason Campbell, Kitchen Gardens